Solana NFT collections and everything latest you need to know

How PussyDAO Is Using Solana NFTs to Sell Physical…

Solana has come into September on the back of sustained growth. One of the growth aspects has been observed in the Solana-based NFT collections.

Magic Eden reported in a recent tweet that it has reached a total of 25 million SOL volumes. It also saw a 300k SOL volume in the past day as well. These statistics show the gradual growth of Solana NFTs.

Solana Daily compiled a list of the top-performing NFT collections on the network in the past seven days. As per the update, DeGods was the top NFT collection on Solana with a sales volume of $3.1 million over the past week. It was followed by the ABC collections which generated $1.8 million.

The growth of DeGods in the previous 30 days has not gone unnoticed as we look deeper into the collection. It has shown a staggering 217% jump in sales volume during this period according to CryptoSlam.

The collection accumulated over $6.36 million and remains the top-performing Solana NFT collection on the 30d chart. 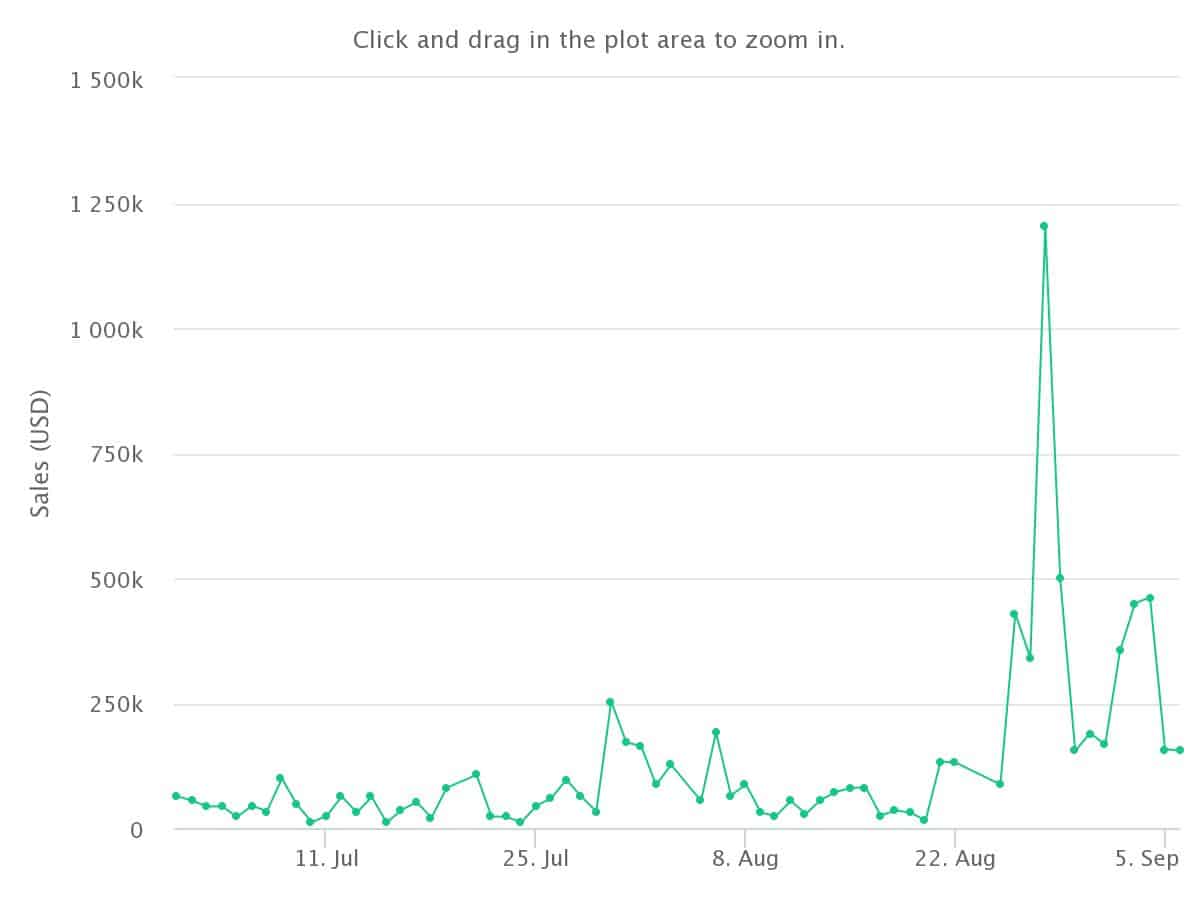 Going against the wind

Notably, the NFT market has been suffering in the past few weeks with low demand and token volatility as major causes.

One blockchain expert claimed that NFT floors are likely to fall as a result of Bend DAO liquidation. He further stated that the “NFT market is dry rn (right now)”.

This makes Solana’s performance all the more fascinating for users. CryptoSlam also concedes that Solana generated over $61.45 million in the past month.

This has helped the network to retain the third spot on the NFT blockchain leaderboard by sales volume. It still ranks behind Ethereum and Polygon on the charts but recent signs are nothing but encouraging right now.

Despite these little victories, Solana is on the losing end of the battle. The bearish headwinds on 7 September led to a 5.10% dip in SOL prices.

This puts the SOL at great risk as it meanders through the market bears. According to CoinMarketCap, SOL was trading at $31.21 at press time.

Kanav is a journalist at AMBCrypto. He has a Masters in Media and International Conflict and is interested in areas of digital society, crypto developments in the political sphere and the socio-cultural impact of a crypto-society.

How PussyDAO Is Using Solana NFTs to Sell Physical Underwear