How PussyDAO Is Using Solana NFTs to Sell Physical…

Ethereum losing ground as Solana now accounts for a…

The cryptocurrency market continues to showcase important vital signs of life amid a raging storm. In fact, the ending week of July saw inflow into digital asset investment products at an optimal number.

According to the latest weekly report from CoinShares, July represented the strongest set of monthly inflows so far this year, recording $474 million.

Thereby, almost nullifying/correcting all of the June outflows which totaled $481 million.

Geographically, most inflows came from North America, with the U.S. totaling $15 million and Canadian inflows totaling $67 million. However, Brazil and Sweden both saw outflows of less than $5 million.

Bitcoin, the largest cryptocurrency played the main character in this movie. It saw inflows totaling $85 million last week. On the other hand, short-Bitcoin (betting on a price decline) saw outflows totaling $2.6 million. 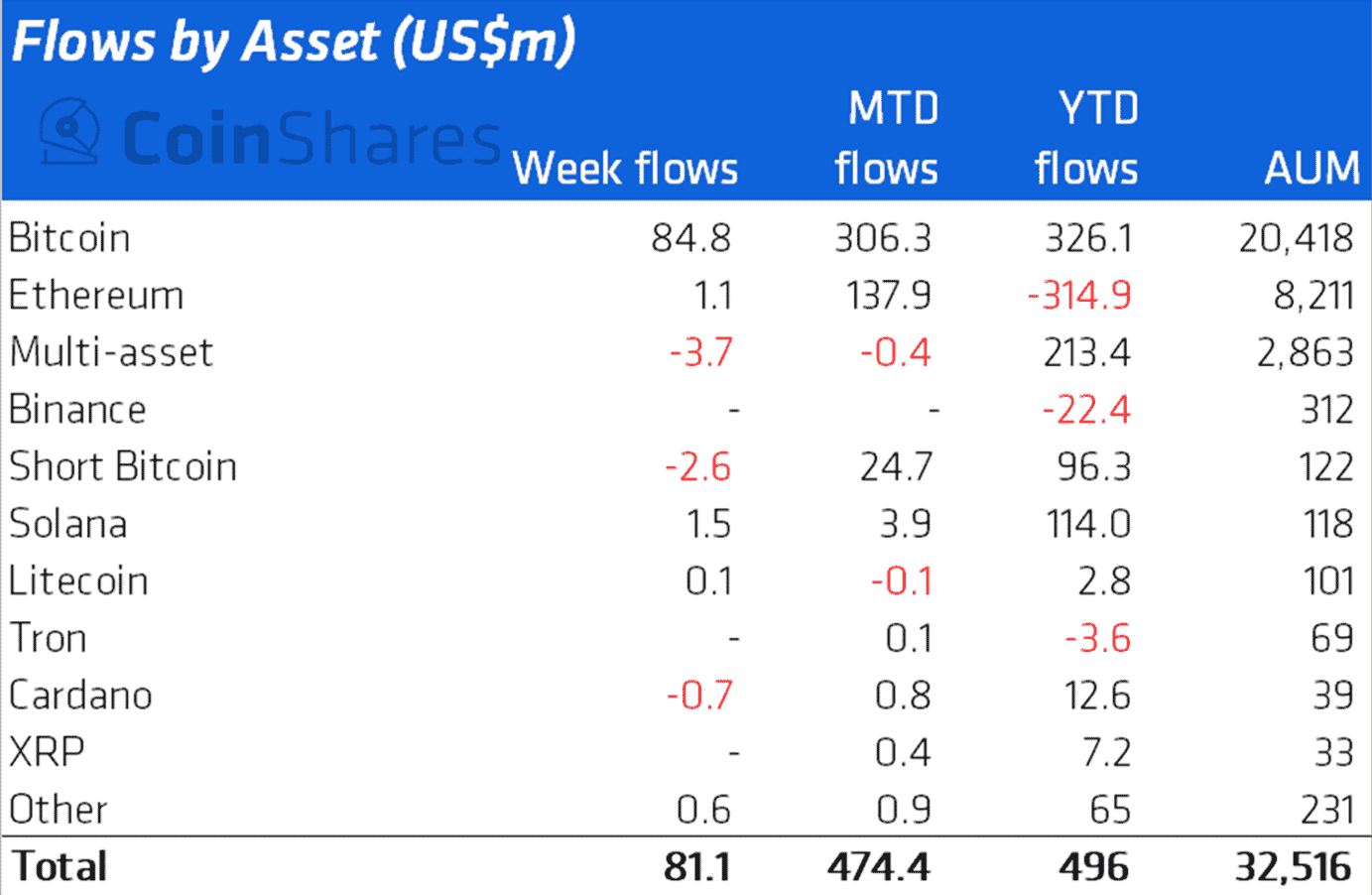 Moving on to altcoin, this cohort, indeed, showcased an interesting narrative. Multi-asset investment products, for instance, saw outflows of $3.7 million- indeed an unusual behavior given the past reports. Nonetheless, this meant that investors became more targeted in their investments.

Solana saw inflows totaling $1.5 million and remained “the investors’ favorite” this year with year-to-date inflows of $114 million. Polkadot, on the other hand, saw inflows, totaling $0.4 million. However, ETH, the largest altcoin registered a mere $1.1 million worth of inflows.

Overall, altcoin funds saw mixed movement, which didn’t really come as a total surprise. However, fears/speculation still persists in this emerging market. In this regard, CoinShares stated,

“Despite a more bullish mood in digital assets, trading activity remains very low, with last week’s volumes totalling $1.3B compared to this year’s weekly average of $2.4B.”

Shubham is a full-time journalist at AMBCrypto. A Master’s graduate in Accounting and Finance, Shubham’s writings mainly focus on crypto-regulations across the United States and Europe. Also, a die-hard Chelsea fan #KTBFFH.

Crypto Wallets Explained (Beginners' Guide!) 💻🧐 How to Get Crypto Off Exchange Step-by-Step 💸✔️

How PussyDAO Is Using Solana NFTs to Sell Physical Underwear

Solana Price Reverses Its Green Start, What’s The Next Target?